People often look at acrobatics and think "there's no way I could do that" and feel intimidated.  We want to break through these misconceptions, to show that these skills can be achieved by anyone, and that you'll have a blast while doing it!  Regardless of your skill level, whether you're a beginner or a professional looking to up their game, our top level coaches will ensure you get the training you're looking for. 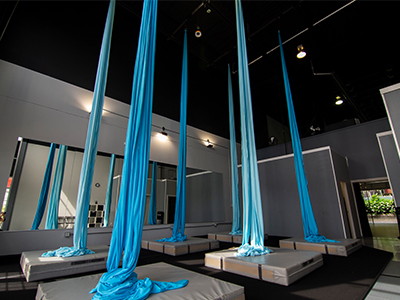 Our main room can accommodate 6 aerial rigs, and is home to our silks programs, handstands, tumbling, partner acro, and kids classes. 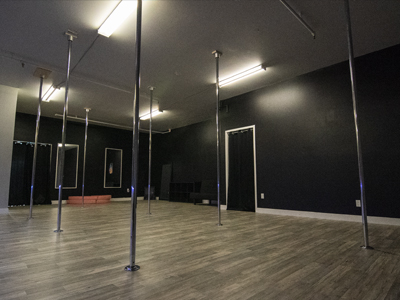 Our second studio is home to our pole fitness programs including static, spin pole, choreography, and low flow. 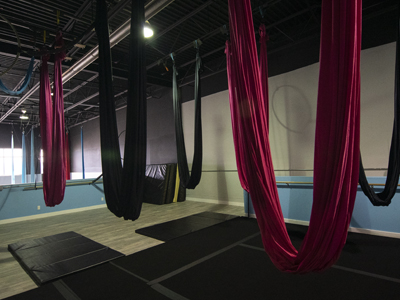 Our upstairs studio is where our aerial yoga programs are held, as well as aerial hoop, flexibility, and circus conditioning. 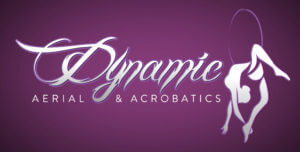 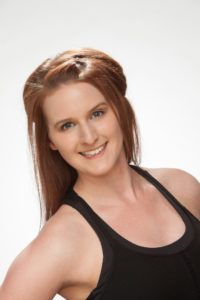 Daina Wilkie fell in love with the art of Acrobatics at the age of 5. She has now been training for nearly 20 years as well as coaching for over 7 years, with her primary specialties being contortion, hand balancing, and aerial hoop. Daina also owns and manages Dynamic Aerial & Acrobatics (www.dynamicaerialandacrobatics.com) which specializes in professional aerial & contortion performances and classes. Daina has had the opportunity to perform at the 2010 Olympic Winter Games, Z95.3’s 2014 Launch Party, Global TV Christmas Parties and at many corporate banquets and weddings.

Daina has also had the privilege to train over the past few years with some of the most well known circus performers from Las Vegas, Nevada such as Cirque Du Soleil veteran Otgo Waller and Kristi Toguchi. Daina's acro-related certifications include Alixa Flexibility Level 2, AFSA Associate Teacher, Acrobatics Arts Level 2, and CDTA Associate Teacher. 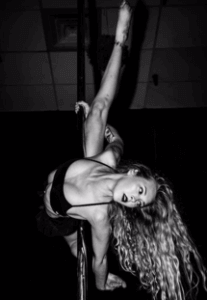 Teghann began her pole journey in 2014 and instantly fell in love with it. After training for years, she moved to teaching here at Acrofit. As an instructor, Teghann loves connecting with her students and helping to boost their confidence by teaching tricks from a progressive curriculum that she spent years designing herself. She prides herself in making people feel welcome, strong, and capable and will always try to leave you happier than when you came. Teghann thrives on making people laugh and aims to foster personal connections, as well as fitness goals, with every student that walks in her room.

When she’s not in the pole room you can find her taking other classes around Acrofit (her favourites are flexibility and hoop)! Outside of Acrofit, Teghann loves to read, write, hike, and travel. Teghann’s real passion for pole shines, not through her dedication to the sport, but through the enjoyment she gets from passing on her knowledge and technique to her students. 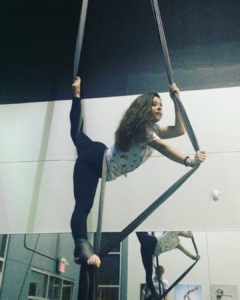 Jennifer studied ballet intensively growing up, loving the foundation of strength and flexibility it gave her. Jennifer discovered Aerial Arts after having her two children and looking for a fun and challenging workout. Jennifer has been training at AcroFit since the studio first opened. Training under Brook Pinard and Darren Bersuk. Jennifer is an elementary school teacher and enjoys transferring her skills in teaching over to coaching. 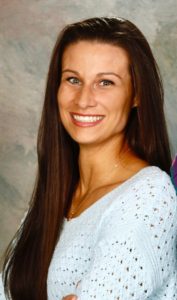 rin fell in love with Aerial Silk in 2015 when she was looking for a non typical way to exercise. Training Aerial Silk has satisfied her adventurous side and she found it an amazing way to work out! With Erin’s background in gymnastics, her transition to Circus was very smooth. Erin has trained silk with AcroFit’s very first aerial coach Brook Pinard and Kimberly Dioszeghy from West Cost Flying Trapeze. Erin also enjoys training Contortion with Daina Wilkie from Dynamic Aerial & Acrobatics.

Before training in circus, Erin was a registered nurse. She has her Bachelor of Science and Bachelor of Science in Nursing. When the opportunity to coach Aerial Silk came up, she decided to take a break from nursing to run away with the circus! Erin currently also works as a life guard and teaches swimming lessons at a local public pool. She hopes to continue learning and growing as a Aerial Silk coach and can’t wait to share her knowledge with the students here at AcroFit! 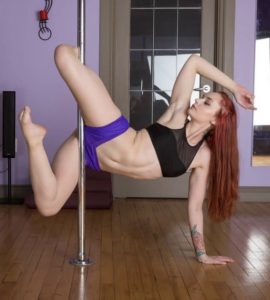 Raelene is originally from Winnipeg, MB and moved to BC back in 2014. She took her first pole class in 2012, and since then her hobby grew into her passion. She thinks the most rewarding thing about teaching pole is getting to see her students grow and achieve their goals. She loves the supportive environment that the aerial community has and is proud to be a part of it. Raelene's main focus is teaching proper technique to reduce fatigue and injury as well as building strength and stamina in such a fun environment. She loves that pole doesn't feel like a workout! When Raelene is not on the pole she enjoys doing yoga, arts and crafts, and thinking of the next cool pole combo to try. 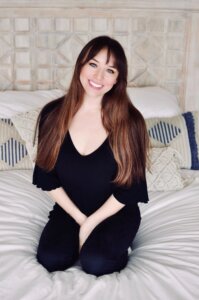 In 2014, after 15 years of classically training in ballet, jazz, lyrical, and modern dance, Marianne Rico was looking to make a change. A few months afterwards, she saw a performance by singer/artist P!nk performing on silks during her act. Immediately Marianne knew she wanted to try it and found a studio in Vancouver. She quickly fell in love with everything aerials and circus.

Marianne now continues to learn and train on different apparatuses focusing on aerial hoop, silks, pole, exotic dance, dance trapeze and flying trapeze. She has competed in several aerial hoop and pole competitions including PSO, CPFA, and CPSF regularly ranking in the top 3 and has performed for several events over the years.The ongoing challenge and uniqueness of the sport has made her stronger physically and mentally. Nothing makes her more happy than being at the studio training and testing her body's limit to fear and strength, while mixing her passion of dance with aerials.

Marianne has been teaching since 2018 and is excited to continue sharing her passion and knowledge to her students. 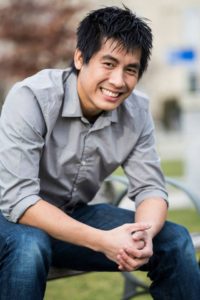 Mike Wu is a stunt performer in the film/tv industry, and has a background in martial arts and acrobatics with over 10 years of training. Mike also has an extensive background in cinematography and online media, and is the manager of Acrofit’s marketing and web presence as well as assisting with coaching. Mike currently works on The Flash television series as a stunt double and fight choreographer. His other notable film/tv credits include Arrow, Supergirl, and The 100.